Frayser Targeted as Pilot Area for Citywide Fight Against Blight

HomeFrayser Targeted as Pilot Area for Citywide Fight Against Blight 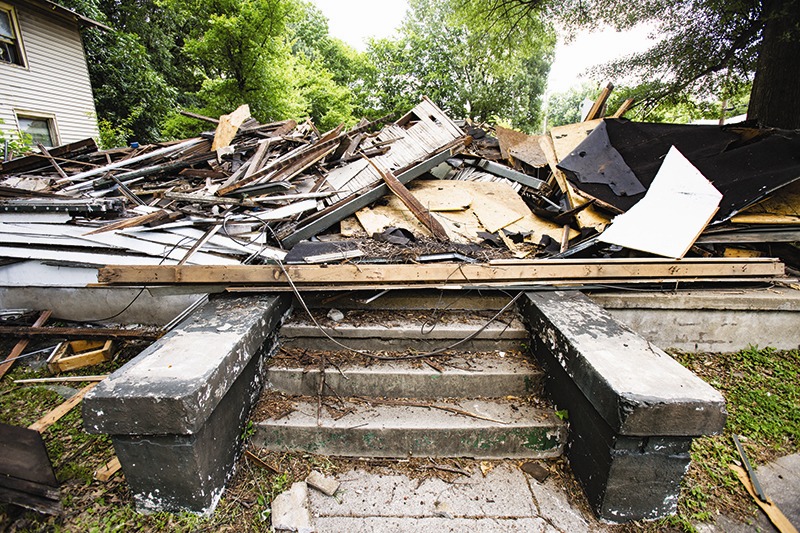 Last week, a wrecking team demolished a single-family home in the Washington Heights neighborhood in South Memphis. The effort, organized by United Housing Inc. and backed by the U.S. Department of Treasury, was the first of its kind to take place.

In August, the Tennessee Housing Development Agency announced its Blight Elimination Program, a pool of $6 million available to nonprofits looking to demolish single-family homes and repurpose the lots.

A federally-backed demolition program is just one of the new strategies available to those in the private, public and philanthropic sectors who have come together to remedy the effects of blighted properties in Memphis.

“To get some of that federal funding to relieve some of the city’s effort is critical,” she said.

The authority was created primarily to gain access to Blight Elimination Program funds administered by THDA. Up to $25,000 in forgivable loans is available to acquire, demolish and transform properties into community parks or other publicly beneficial functions.

Jordon-Cunningham plays a leading role in the next phase of the Memphis Blight Elimination Charter, a 23-page document that sets the stage for Memphis’ blight fight.

The document, which was unveiled in March, was designed by more than 30 civic and community leaders dedicated to fixing up an estimated 13,000 blighted properties and lots in Memphis.

Those leaders are now engaged in the action phase of the charter, and in the coming months, more blight-fighting policies and ordinances will fall into place.

The plan involves data management, neighborhood engagement, code enforcement strategies and the reuse of vacant land and buildings. Together, these different pieces will help change how Memphis understands and targets blighted properties, from the neighborhood input-level up to laws that crack down on owners of blighted properties.

Organizers are piloting many items of the action plan in Frayser, an area that has seen the worst effects of blight.

NPI has catalogued 1,000 parcels that surround the schools by their property type and redevelopment potential. The geographic-specific effort mirrors what the blight action committee wants to accomplish citywide. By November, organizers hope to develop and adopt a data map that lists neighborhood indicators, like poverty and health data, alongside information about the physical characteristics of properties there.

The city of Memphis Department of Code Enforcement has amped up its approach in Frayser. The department has hosted community-input meetings to garner data on which properties are dragging down the neighborhood.

“It’s a pilot program for a specifically targeted area, but that’s just an example of something we want to develop on a citywide basis for homeowners, especially those that are having code or court problems,” said Steve Barlow, a principal with Brewer & Barlow and leader of the Memphis Blight Elimination Charter.

Two months ago, NPI launched a home ownership repair program. Through a privately funded pool, Frayser families have access to as much as $15,000 in forgivable loans for exterior or interior repairs. About 10 families are in the process of gaining access to those funds, according to Quincy Jones with Community Capital and the blight action committee.

The home repair fund is inspired by an existing Habitat for Humanity program. The nonprofit housing developer provides funds to support “aging in place” repairs, like handicapped bathroom rehabs, for seniors in the community.

“We would want to make a similar program and launch it with a connection to Environmental Court,” Barlow said.

The funding source for a citywide home repair program is still in the works, but Barlow said the fund would likely be income dependent rather than geographically dependent, like the effort underway in Frayser.

While the work continues in Frayser, the blight action committee is working on developing several citywide programs.

Other upcoming items as part of the action plan include instituting a Clean Neighborhood Zones Map that puts neighborhood-level data at the forefront, rather than census tract data. With the map, community members could access a directory of relevant programs and resources for blight elimination.

By October, the team hopes to bring before Memphis City Council an ordinance that would require property owners to emerge from vague, out-of-town LLCs and submit a full name and point of contact.

By the end of this year, the group plans to identify and develop a plan to address Memphis’ top 10 uninhabitable apartment complexes.

And next summer, organizers plan to launch a Leadership Memphis for Blight Fighting to train the next generation of community leaders and policy-makers.

“We’re just trying to get all the tools together now,” Barlow said.

This article originally appeared in the June 28, 2016 edition of the Memphis Daily News.

0
« Editorial: Blight fighters’ unified goals are cause for optimism against this civic scourge
Ending Blight To Begin New Growth »