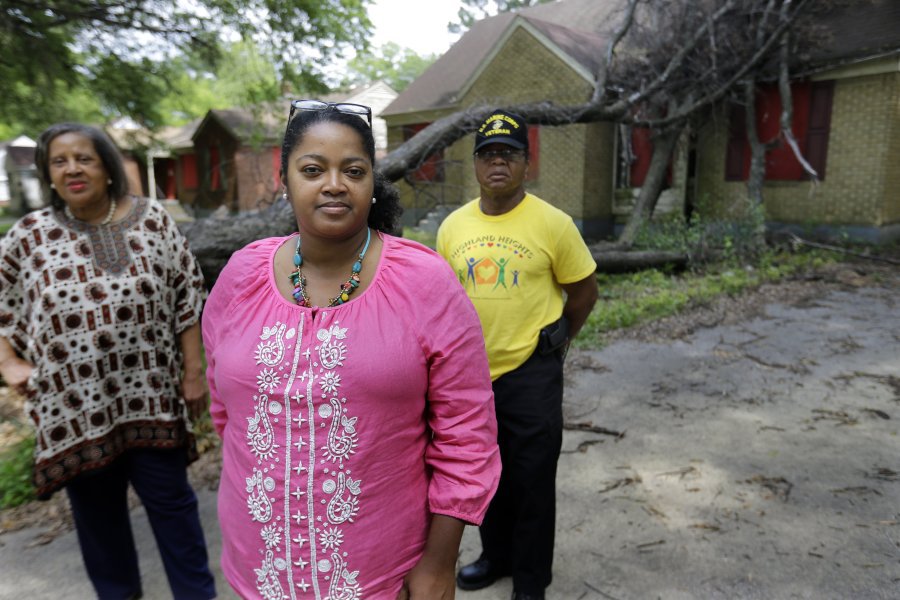 Should the principal officer of Capital Communities Atlantic Properties ever set foot in Memphis, an invitation awaits for a stay at 201 Poplar.

Last week Environmental Court Judge Larry Potter handed down a contempt of court ruling against Brent McElwee, sentencing him to 15 days in jail for ignoring nearly a year’s worth of court orders involving his more than 40 Atlantic Apartments properties in Highland Heights. Potter has put the apartments in a receivership under the city so the “nuisance” properties can be demolished.

“It’s the first time it’s been used in a case like this,” said John Cameron, Environmental Court referee, who said he was prohibited from any further discussion of the details of the case.

McElwee, who lives in California, has never appeared in court to address the condition of his boarded-up properties, where trees have fallen on at least two houses. In addition to jail time, he has a $305,000 judgement against him.

Jail is a tool they’ll use against other owners of nuisance properties in the future, said attorney Steve Barlow, who represented the city in its complaint against Capital Communities.

McElwee could not be reached at two listed phone numbers.

It’s not likely that McElwee will come to town, said University of Memphis law student Jordan Emily, who worked with Barlow and found the court case that was the basis for Potter’s ruling, and spoke with McElwee.

Highland Heights residents have been a consistent presence in court during the series of court hearings.

“While we were in court they did talk about the strides the bench is making in unprecedented moves, and that this is the first time this has happened,” said Melissa Miller-Monie with the Highland Heights Homeowners association. “So we want to make sure and insure that this happens to a point where out-of-town investors get the message.”

Miller-Monie lived for a few years as a child in the Atlantic Apartments on Crump in one of the now-boarded duplexes. Her mother fell in love with the neighborhood, where oak trees lined peaceful streets, and bought a house on Lamphier in 1980.

Now her mother, Pearlie Jefferson, 66, is like many older residents who see the value of their homes being sucked away

“It’s a huge mess,” Miller-Monie said. “There are a few homeowners who are older people living in the midst of the dilapidated apartments. It’s impacted their quality of life. People are attending meetings, block parties, trying to bring some normality to the area in the midst of all these blight properties.”

The city can demolish the houses and bill McElwee for the expense, but that’s not what some residents would like.

He remembers when the neighborhood was “pristine.”

“I would like to see them restored, where someone’s going to take the place, revitalize it, get good neighbors in here so that we don’t have the crime and all the problems we used to have,” he said.

The right investor could come in and do the right thing for the neighborhood, Jefferson said.

“It was nice and it can be again,” Jefferson said.

This article originally appeared in The Commercial Appeal.

0
« It Takes a Village: The Idea Behind Memphis’ Anti-Blight Strategy
Editorial: Blight fighters’ unified goals are cause for optimism against this civic scourge »